Don't be a 'Slippin Jimmy' this holiday season and instead get a Better Call Saul fan a cool gift related to the show they love. 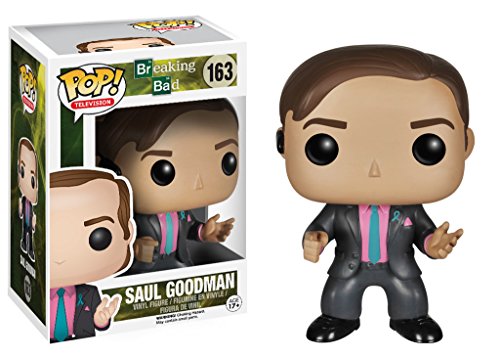 These collectible figures are in short supply and make for a great gift, as they can be stored as a memento from the show, or proudly displayed on desks and sideboards.

Better Call Saul is a spin off of the hugely popular Breaking Bad series, but it more than stands on it's own two feet.

As this show is the story of Jimmy McGill and how he slowly turns into the Saul Goodman that we eventually meet in Breaking Bad.

So we get a fascinating look into a pre-Breaking Bad world, with a new array of great characters as well as meeting much loved characters from the main show again.

Which is great as we get to learn more about the back story of characters like Gus Fring, Mike Ehrmantraut, and Jimmy/Saul.

So it's a show that's loved by Breaking Bad fans and also has a legion of fans in it's own right, and if you know a fan then why not get them a gift related to the show.

As the following gift ideas for Better Call Saul fans are all ones that I'm sure they'd love to receive. 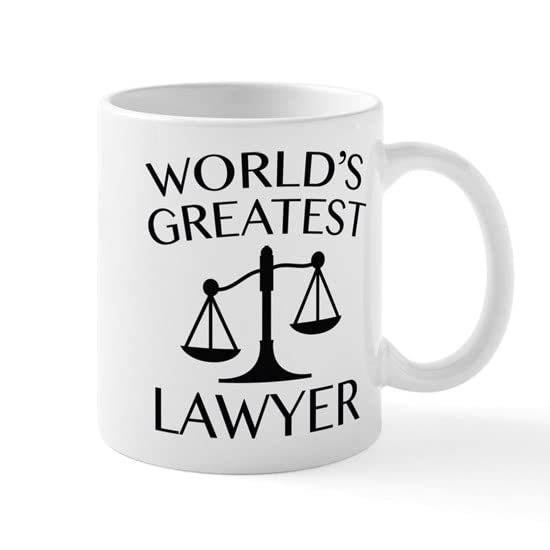 Now Jimmy McGill/Saul Goodman may never be recognized in the law field as the world's greatest lawyer, but in the criminal underworld that is exactly what he becomes.

So our first gift idea for fans of Better Call Saul is to get them the CafePress World's Greatest Lawyer coffee mug.

As this is a replica of the one Jimmy has in his office, and is a fitting tribute to the star of the show.

2. A Travel Coffee Mug With A Nod To The Show

Jimmy also has a travel coffee mug with the slogan world's 2nd best lawyer on the side, which Kim gets him as a gift when he gets his law license reinstated.

And the replica above is also a great gift to give to a Better Call Saul fan.

As this not only looks just like the one on the show, it's a fully functioning travel mug that they can use for their morning coffee on the daily commute. 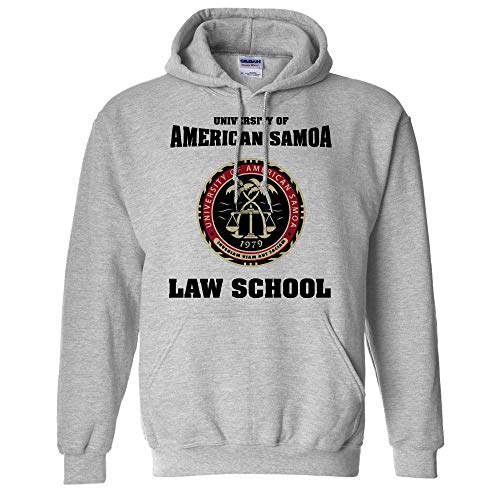 As anyone that is proud of the University or college they went to knows, you are always happy to wear a sweatshirt or a hoodie that lets the world know about it.

So a fun gift idea for fans of Better Call Saul is to get them a hoodie representing where Jimmy's got his law degree.

As this University of American Samoa Law School hoodie is a nod to the show and the birthplace of our favourite shady lawyer! 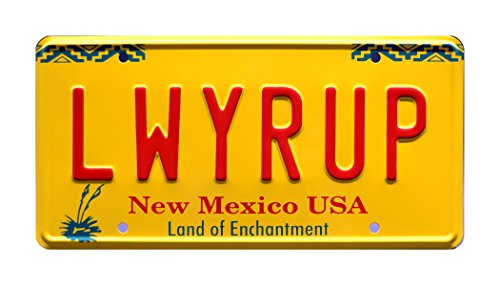 The brash LWYRUP (lawyer up) license plate that Jimmy/Saul has on his cars is infamous in both Better Call Saul and Breaking Bad, representing his upfront and in your face lawyering style.

So getting a fan of the show a replica of this license plate would make for a really cool gift.

As they can hang this around their home or put it on their desk as a decorative piece that will bring a smile to their face every time they see it.

You can also check out our Breaking Bad gift ideas by clicking here.

Funko Pop make really cool and highly collectible figures of the cast of famous TV shows and movies, and they have a few of the Better Call Saul cast too.

So getting a fan one of these such as the Saul Goodman figure above is a top gift idea, especially if they're into collecting things.

However, because of the popularity of the show these can be hard to get a hold of, so get in quick before they sell out!

6. A Bobblehead Of Their Favourite Better Call Saul Character 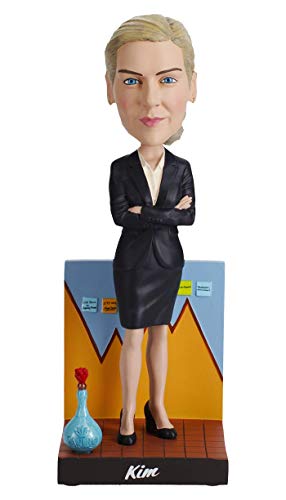 Another gift option that would sit perfectly on a Better Call Saul fans desk at home or at work is a bobblehead of their favourite character.

As you can get these for most of the main characters on the show, such as Kim Wexler (above), Jimmy, Mike, Hector, Gus, and many others.

And they all carry a really strong likeness for the characters they are supposed to portray, which isn't always the case with figures like this!

7. A Cap For Jimmy And Kim's Law Firm Start Up

Jimmy and Kim set up a law firm start up called Wexler McGill Partners at Law after they both left Hamlin, Hamlin & McGill.

And what better way to represent the new law firm of our two favourite lawyers than by wearing the Wexler McGill cap.

So this would work well as both a functional and useful gift, and it's one that will pique the interest of fellow Better Call Saul fanatics for sure. 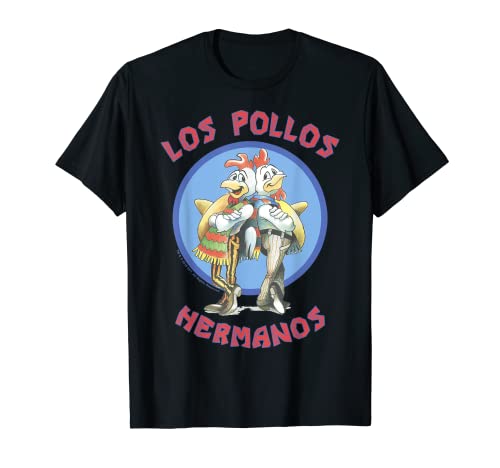 Gustavo Fring is the top dog of the criminal underworld in both Breaking Bad and Better Call Saul, and he hides in plain site by posing as the manager of the chicken restaurant Los Pollos Hermanos.

And as a result this restaurant and it's logo has become legendary for the fans of both shows.

So a gift of a Los Pollos Hermanos t-shirt is both a fashionable and desirable one for anyone who loves Better Call Saul.

9. A Keychain To Remind Them Of The Show 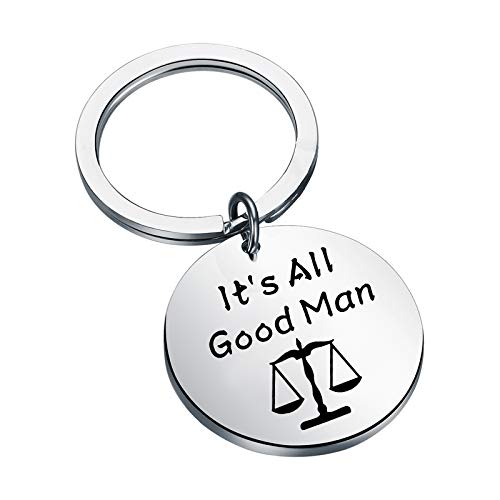 When Jimmy McGill changes his name to Saul Goodman, it comes about as a play on the phrase 'It's all good man'.

So the It's all good man keychain with the scales of justice on it is a subtle little gift that can remind a fan of the show and Jimmy, but without being overly conspicuous.

As you'd need to be a fan to understand and make the connection. 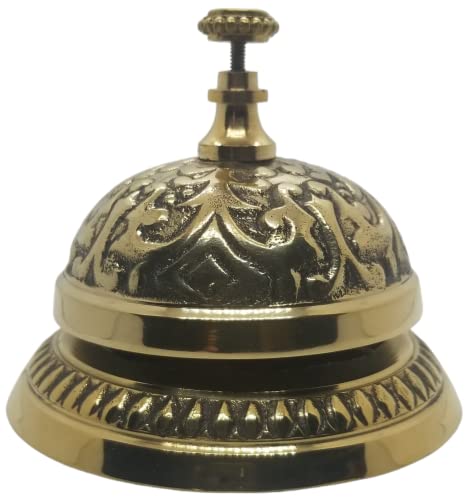 Now this next gift idea is a bit out of left field, and it is to get them a service desk bell similar to the one that Hector Salamanca is famous for using on the show.

As Hector is unable to speak after suffering a stroke when Nacho tampers with his medication, and is left communicating with his nephews by angrily hitting his bell.

So this gift can be a funny one that they can use to communicate for a joke, or at times when they don't want to speak!

11. A Memoir By Bob Odenkirk 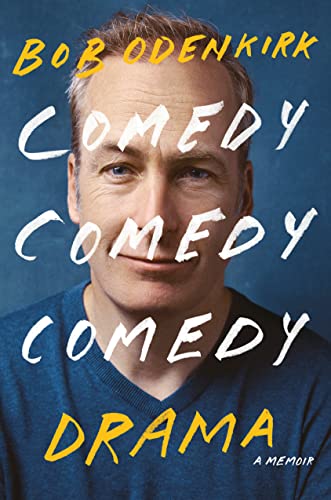 So any true fan of the show will probably love Bob just as much as Saul, which makes getting them his memoirs such a great gift idea.

As this way they can get some behind the scenes insights from their favourite show, as well as learning more about the man himself.

12. A Piece Of Better Call Saul Wall Art For Their Home

If your loved one is a real super fan of Better Call Saul, then how about getting them some arty framed prints or canvas' to hang in their home.

As there are tons of cool designs on Red Bubble, featuring scenes from the show, illustrations of the various characters, famous logos, and other stuff that would look great on their walls.

And this will give them something to show off whenever they have visitors over, especially fellow fans! 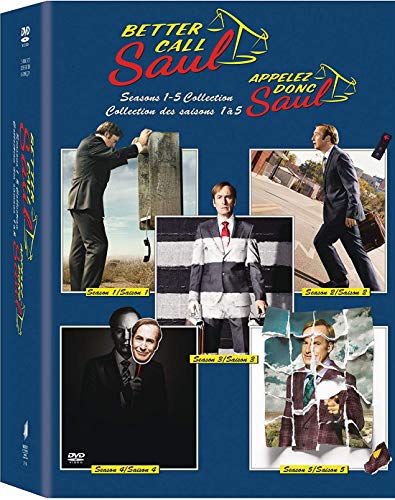 Every episode of Better Call Saul that has currently been released is available to stream on Netflix.

However, you can't take this for granted and expect them to keep streaming it forever, which makes owning the whole series on DVD vitally important for a super fan.

And while you'll have to wait a while before the final season comes out on DVD, you can get them Better Call Saul seasons 1-5 on DVD as a gift in the meantime.

14. Take Them On A Better Call Saul Tour

A lot of the filming for Breaking Bad and Better Call Saul was shot on location at real places in Albuquerque, New Mexico.

So if you want to treat a fan of either show to a really special gift, then how about taking them on a tour around these familiar places.

Because you can visit many of the show's locations, such as Los Pollos Hermanos, the Hamlin, Hamlin & McGill offices, Charles McGill's house, and Jimmy's original office to name a few.

Which should give them a great thrill from seeing all these places in real life for themselves.

Better Call Saul is a wonderfully entertaining show that has characters you fall in love with, along with plenty of laughter, hi jinks, ingenious scams, and terrifying criminals.

So it's no surprise that it is so popular, especially with fans of the original Breaking Bad series which it overlaps with so much.

And if you know a massive fan of the show, how about getting them a gift that reminds them of their favourite criminal lawyer.

As each of the gift ideas for Better Call Saul fans that I've given you here are be ones that I'm sure will be appreciated.

Previous Post: « 17 Gift Ideas For Fans Of Friends – Treat Your Lobster To One
Next Post: 18 Gift Ideas For Breaking Bad Fans – Get Cooking This Holiday Season »