If you know someone who loves a game of dominoes, then check out these gift ideas that all domino players will appreciate. 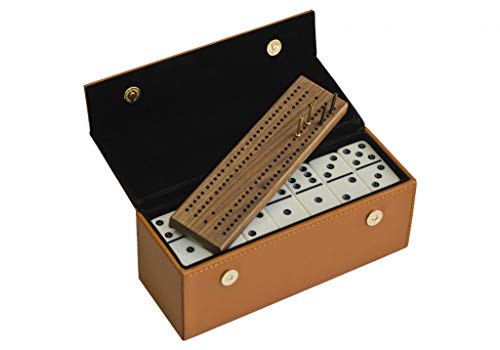 Give them the gift of being able to play a game of dominoes with their friends wherever they are with the Alex Cramer travel domino set, which has top quality dominoes in an attractive leather carry case.

Dominoes is a great game that has been around for hundreds of years and has an avid following all around the world.

Whether that is old men playing in town squares in Europe and Latin America, or Chinese masters pitting their wits against each other in the parks of Asia.

And it's a really nice game to play with friends and family, as it's easy to learn and open to everyone.

So if you know someone who loves a game of dominoes, then how about getting them a little gift to enhance their experience.

As the following list of gift ideas for domino players is full of things that they'd really appreciate and enjoy using. 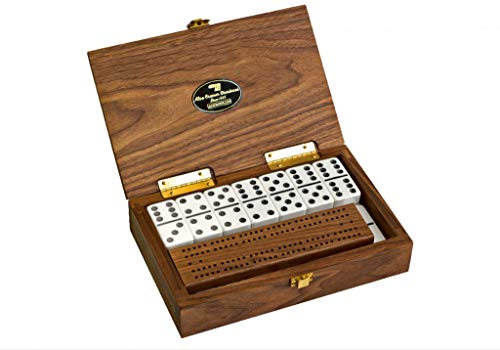 One of the best gifts you can buy for anyone who loves dominoes is to get them a top quality dominoes set that they'd be proud to use.

And a great choice for this are the Alex Cramer dominoes sets, such as the Club 52 set above.

As this has 28 professional sized ivory domino pieces in a black walnut case that looks fantastic, and will bring a touch of class to their dominoes games. 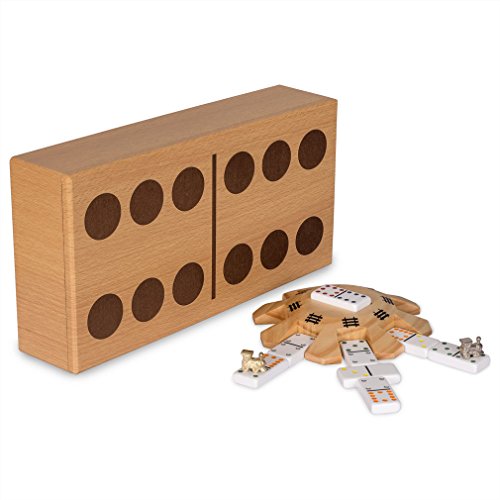 A really popular variation of dominoes is the Mexican Train dominoes game, which uses different types of dominoes and a central hub to play from.

So if you know someone who plays this way, or would like to try it, how about getting them the Yellow Mountain Imports Mexican Train dominoes set.

As this contains everything they need to play, all packaged up in a wooden box shaped like a double six domino piece.

3. A Dominoes Set For The Kids 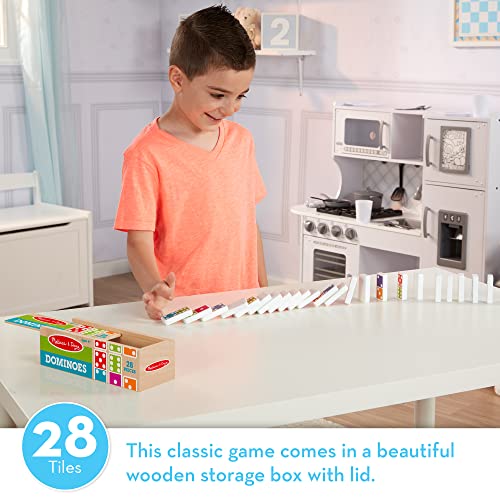 One of the best things about dominoes is that it's an easy game to learn, and can be enjoyed by people of all ages.

And it's a great game for kids to play, as it really helps them to develop their cognitive and critical thinking skills.

So if you want a gift for your young ones that can take them away from their technology for a while, the Melissa and Doug dominoes tabletop game is ideal.

4. A Book Of Dominoes Scorecards 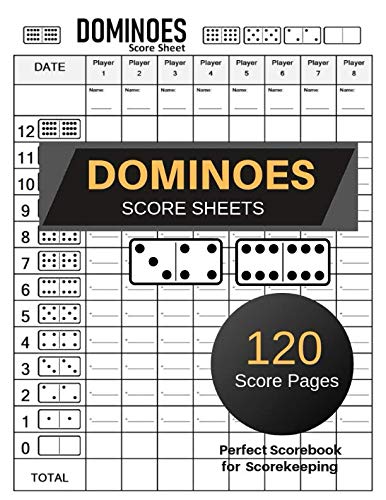 If you're looking for a stocking stuffer that a domino player would find extremely useful, then look no further than this dominoes score sheet pad.

As this will give them an quick and easy way to keep score, rather than using their own pads and scraps of paper.

And it will make their games look a bit more professional too.

5. A Book To Help Them Master Their Game 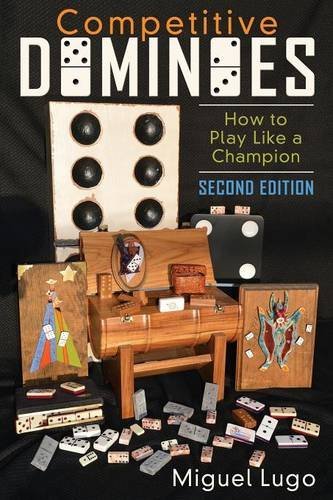 Once you've got the hang of dominoes, the next step is to get better at it so you can become king of your dominoes friendship group.

So a gift idea for a regular dominoes player that will help them to improve is to get them the Competitive Dominoes: How To Play Like A Champion book.

As this is packed full of great tips and strategies to have them playing like a dominoes master in no time.

6. A High Quality Dominoes Table To Play On 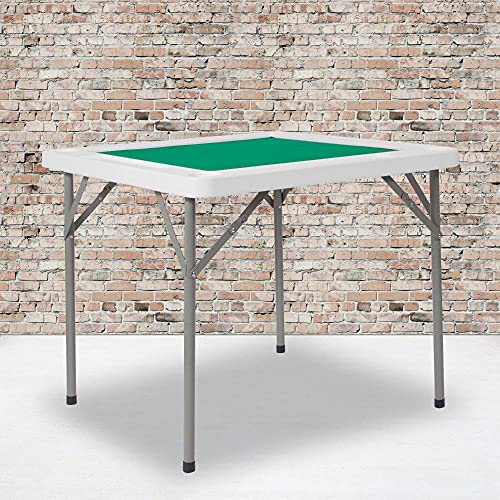 Having a proper games table to play dominoes on is much better than just using any old table.

So if you are buying a gift for someone who enjoys hosting their own dominoes games, how about getting them the Flash Furniture games table?

As this has a felt surface that is great for laying dominoes on, and folds away so they can store it easily in between games.

7. A Set Of Wooden Domino Racks 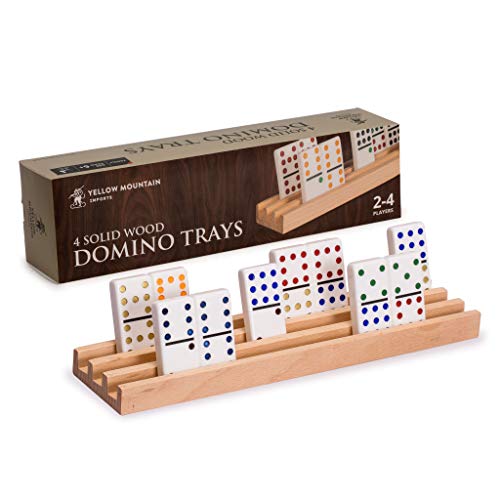 Every dominoes player needs a tray to hold their dominoes in as they play.

So getting them a new set of wooden trays for their dominoes set makes for a nice gift for them.

And a good set to go for are the Yellow Mountain Imports premium domino racks, as these are well made and can be used for a variety of domino games.

8. A Travel Dominoes Set For Games On The Move

Playing organised games of dominoes is great, but you can also get a domino player a gift that allows them to play a game wherever they are and at any time.

As the Alex Cramer travel domino set contains a full set of dominoes and cribbage score board with pins, all packaged in a leather carry case.

So they can keep this in their bags and whip it out whenever they fancy an impromptu game.

9. An Outdoor Dominoes Set For The Yard 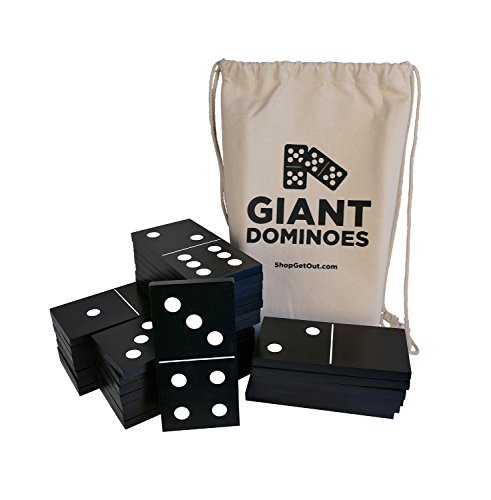 If you want a fun gift that allows a domino lover to play games outside the house, then how about getting them this giant wooden dominoes set.

As these oversized domino pieces are great for playing in the yard during the summer, or taking to the park to play with a group of friends.

So it's a great gift idea that can become a talking point at any barbecue, picnic, or get together. 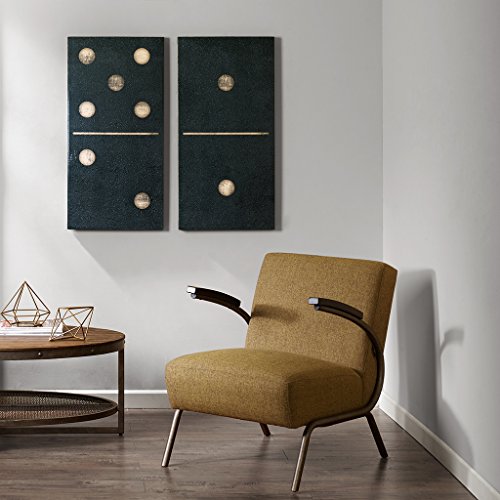 Our final gift idea for domino players on this list is slightly more left field than the others, but getting them some domino-inspired wall art can work really well.

And a great example of this is the Ink and Ivy dominoes wall art above.

As they can hang these two canvas domino pieces proudly in their home and they'll look fantastic.

Playing dominoes is a great way to keep your brain sharp while spending an afternoon with your friends.

So if you know someone who loves playing the game, it's a great idea to get them a gift that will enhance their dominoes experience.

And the 10 gift ideas for domino players that I've given you here are all things that a true dominoes fan would love to receive.