If you want something to go with that tossed salad and scrambled eggs, then check out these gift ideas that any Frasier fan would love.

My Top Gift Choice For Fans Of Frasier 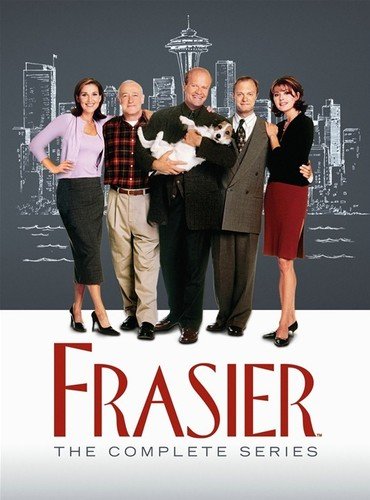 Frasier is getting harder and harder to find on streaming services, which makes the gift of every episode on DVD such a good one for a super fan, as they can then watch their favourite show whenever they like.

Click Here To View The Frasier: The Complete Series DVD Set On Amazon

Frasier started out as a spin off from the hit TV show Cheers, but quickly developed into a major success in it's own right.

As fans got to know the psychiatrist Frasier Crane a lot better, along with his family and late night radio station show in Seattle, after he left Boston and his regular visits to the Cheers bar behind.

And this show had real depth as well as laughs, from Frasier and Niles sibling rivalry relationship, Martin's differences from his sons, the crazy callers at KACL AM, and Daphne the down to earth English housekeeper.

So it's no surprise that Frasier retains so much love even to this day, and if you know someone who still needs their Frasier Crane fix, how about getting them a gift related to the show.

As each of the following gift ideas for fans of Frasier are ones I'm sure they'd love to receive.

1. A Coffee Mug From Cafe Nervosa 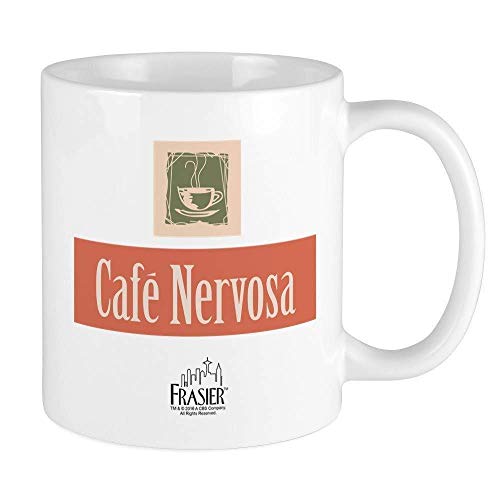 Cafe Nervosa was Niles and Frasier's favourite spot to stop by for a cup of coffee and a catch up, being just across the road to KACL radio where Frasier works.

And as such this coffee shop became iconic to Frasier fans, with many memorable scenes.taking place here.

So our first gift idea for Frasier fans is to get them a coffee mug with the Cafe Nervosa logo on the side, as this will remind them of the show while they're having their morning coffee. 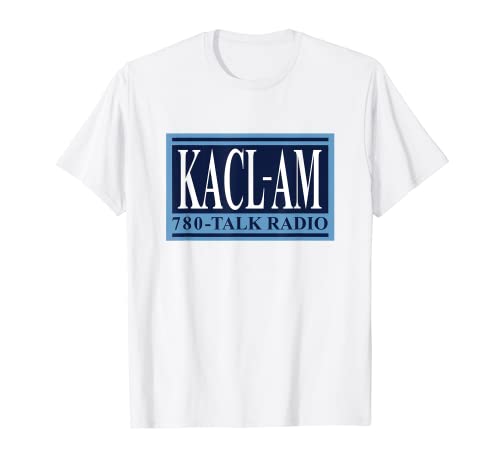 T-shirts are always good gifts to give and there are a wide array of Frasier themed t-shirts for you to choose from.

So you could get one with the shows logo and Seattle skyline, one featuring their favourite character, or one with a quote from the show.

But my choice would be the KACL-AM talk radio t-shirt, as this way they can represent the home of Frasier's nightly show.

3. Funko Pop Figures Of The Crane Men (And Eddie) 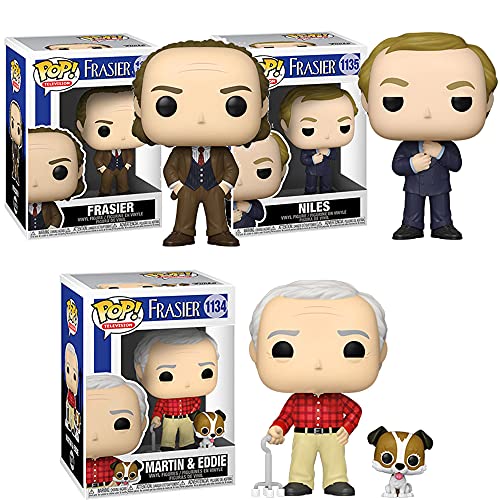 Funko Pop make vinyl figures of the most popular characters from the biggest TV shows and movies, with fans liking to build a collection to keep and display at home.

So this set of Funko Pop figures of all three Crane men is a fantastic gift for a true Frasier fan.

And they even get Eddie thrown in too!

4. A Jigsaw Puzzle Of Frasier's Apartment

Frasier was very particular about how his apartment was kept, with the design, furniture and style being immaculate...with the exception of Martin's chair right in the middle of it!

And this apartment will be etched into the memory of every Frasier fan, bringing up warm memories of the show every time they see an image of it.

So getting them this jigsaw puzzle of Frasier's apartment is a brilliant gift idea, and will give them something to do over the holiday season too.

5. A Behind The Scenes Book From The Director Of Frasier 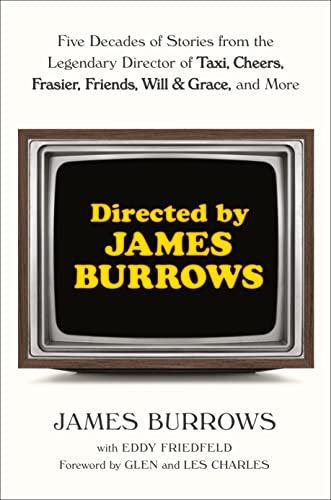 Click Here To View Directed by James Burrows On Amazon

James Burrows directed Frasier along with many other hit TV shows of the era, such as Cheers, Friends, and Will & Grace.

And in this book he gives a detailed behind the scenes look at his work on all these shows, giving fans a real insight into how they were made.

So this makes for a lovely gift for a Frasier fan to enjoy and get to know their favourite show even better.

6. A Set Of Drinking Glasses For A Little Nightcap 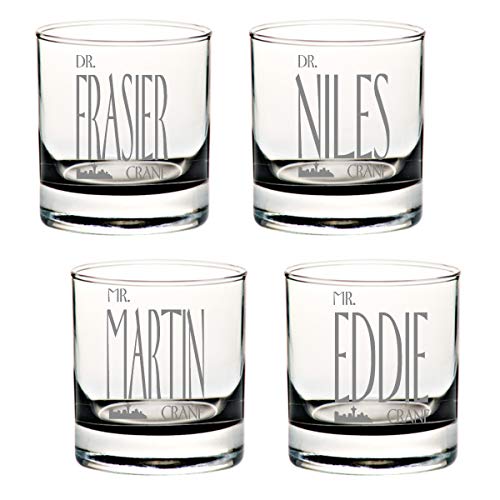 Frasier the show always gave off that late night classy vibe, especially the scenes from Frasier's apartment with the  unreal view of the Seattle skyline lit up at night.

So the next gift idea for a Frasier fan feels appropriate, and that is the get them the Crane men rocks glass set.

As this set of four drinking glasses is ideal for a late night whisky (or sherry in Nile's case), and each one is adorned with the name of a different member of the Crane family.

7. A Jack Russell Plush Toy To Remind Them Of Eddie 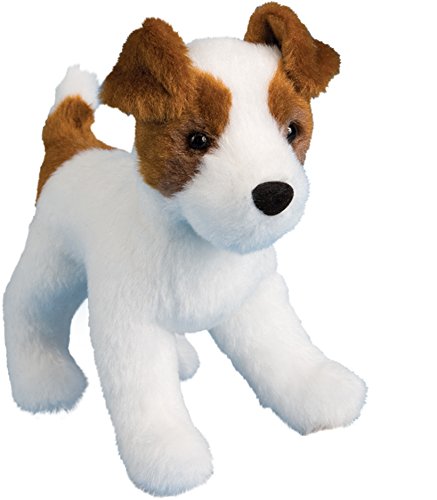 Martin's dog Eddie was one of the stars of the show, with even Frasier eventually falling in love with him despite being reluctant to have him in the apartment at first.

So a gift idea for a Frasier fan that is a bit out of left field would be to get them the Douglas Feisty Jack Russell Terrier plush toy.

As this way they'll have their own Eddie lookalike to have around and cuddle up to to remind them of their favourite show.

8. A Piece Of Frasier Wall Art For Their Home

If you know a super fan of Frasier then it's very possible that they'd enjoy having some Frasier themed wall art to hang around their home.

As there are some really cool designs you can get them as a gift, from framed prints, arty canvases, illustrations, and quotes from the show.

With one that I like being the framed print of the Frasier TV show logo, with it's distinctive outline of the Seattle skyline.

9. A Replica Of A Painting From Frasier's Apartment 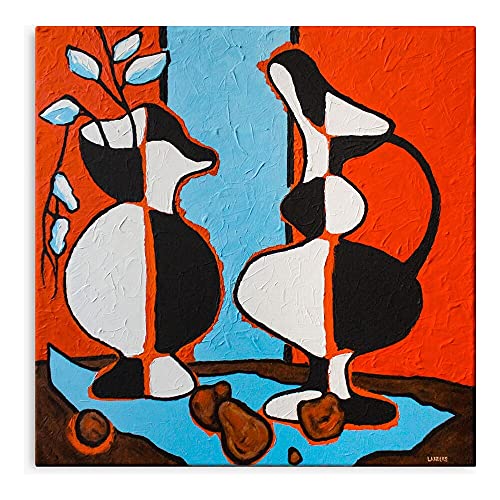 Another piece of wall art that would be a good gift option for a Frasier fan is to get them a replica of the much loved 'Otterson Vases' painting that sits in Frasier's apartment throughout the show.

As this way they could bring a little bit of Seattle style and high class to whichever room they decide to hang it in.

And the Frasier Otterson Vases replica canvas wall art comes in a range of sizes too, so it's perfect for any room.

10. Every Episode Of Frasier On DVD

Click Here To View The Frasier: The Complete Series DVD Set On Amazon

The more time that passes since the end of Frasier, the harder it is getting to find streaming services that will play the episodes.

So a gift that can help a Frasier fan to enjoy their favourite show forever is to get them the Frasier: The Complete Series DVD set.

As this way they can watch and re-watch their favourite episodes whenever they like, and always have the option to be transported back to 1990s Seattle.

Frasier started as a Cheers spin-off but quickly became one of the biggest shows out there, with fans loving the late night talk radio host helping 90s Seattle with their problems.

So if you know someone who still loves the show just as much today, how about getting them a little gift to celebrate it.

As each of the gift ideas for fans of Frasier that I've given you here are ones that any true fan would appreciate.

Previous Post: « 10 Gift Ideas For Fans Of Scrubs The TV Show – Help Me To Help You
Next Post: 16 Gift Ideas For Seinfeld Fans That Won’t Make George Angry »