Avoid a George Costanza style meltdown in your household this Holiday season with a gift that any Seinfeld fan will love. 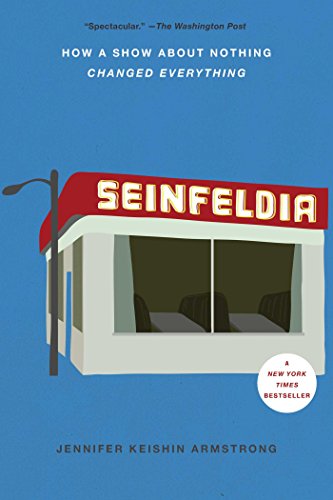 Seinfeldia: How A Show About Nothing Changed Everything

This book is a fascinating read for any big Seinfeld fan, as it gives a really detailed behind the curtain look at how the show was created, how the main characters were born, and lots of inside stories that will give them a greater appreciation of their favourite show.

Click Here To View Seinfeldia: How A Show About Nothing Changed Everything On Amazon

Seinfeld was a huge show of it's era, and the timeless quality of the humour and situations it portrayed mean it remains extremely popular to this day.

As it was a show that not only made people laugh, it was relatable to the awkward everyday events in life and relationships that people would encounter.

And the characters were genius too, from the anger and frustration of George to the wackiness of Kramer, the Jerry and Elaine dynamic, and the Newman rivalry.

So if you have a loved one that still adores this show as much as when it first aired, how about getting them a gift that allows them to enjoy it even more.

As the following gift ideas for Seinfeld fans are all ones that I'm sure they would appreciate.

1. A Coffee Mug From The Seinfeld Gangs Favourite Diner 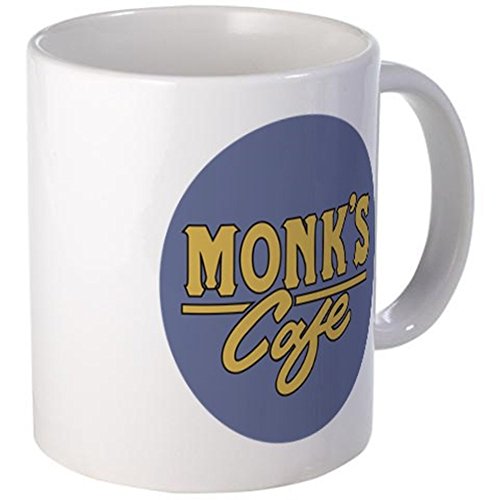 Monk's cafe is famous among Seinfeld fans, as it's the Seinfeld gangs favourite New York diner.

And as such many of the shows best scenes were filmed here with Jerry, Elaine, George, and Kramer over breakfast, lunch, and dinner.

So getting a Seinfeld fan a Monk's cafe coffee mug to enjoy their morning brew in is our first gift idea, as they'll get the reference and can imagine it came from their favourite coffee shop. 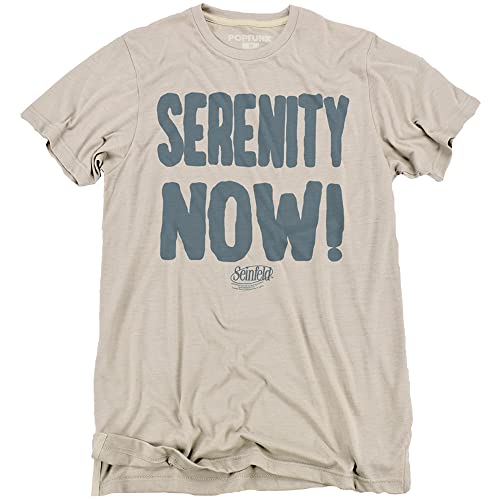 T-shirts always make for cool gifts and there are a vast array of Seinfeld themed t-shirts to choose from.

These include t-shirts with logos from the show and the famous places in it, arty prints of the main cast, and famous quotes from the show.

With my choice being the Serenity Now t-shirt above, which references the phrase Frank Costanza learns from a self-help recording to calm his anger down but doesn't help him at all! 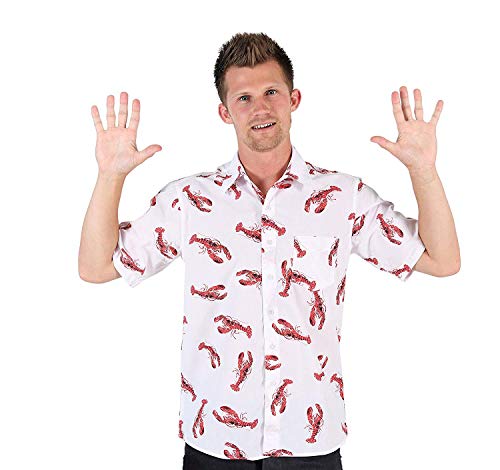 Cosmo Kramer is one of the most wacky sitcom characters out there, and his sense of style matched that wackiness.

With one of his most famous shirts being the one covered with lobsters.

So the next gift idea for a Seinfeld fan is to get them a replica of the Kramer lobster shirt for themselves, and let them see if they can pull off the great man's style too! 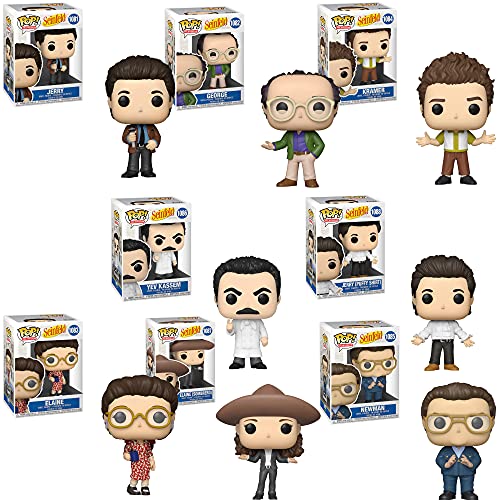 So getting a Seinfeld fan a Funko Pop figure of their favourite character from the show is a top gift idea.

And if you want to really treat them, how about getting them the set of 8 above, which contains figures of all the main Seinfeld cast

5. A Spoon To Remind Them Of The 'Soup Nazi' 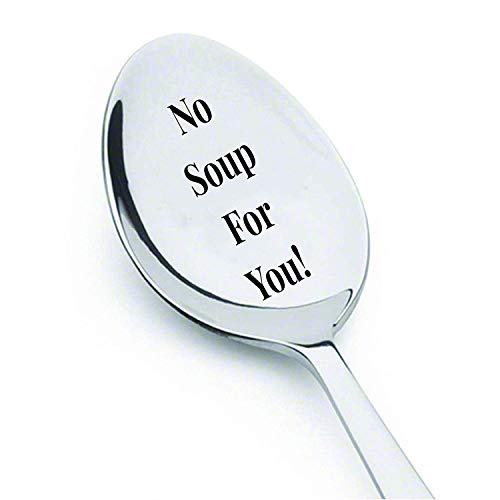 The Soup Nazi episode of Seinfeld is legendary, with the highly temperamental Yev Kassem banning people from his excellent soup stand if they don't act the way he wants them to, and angrily saying "No soup for you".

So a fun gift to get for a Seinfeld fan is a novelty soup spoon with this saying on it.

As they can bring this out at dinner parties for a bit of light-hearted fun that fellow fans of the show will appreciate. 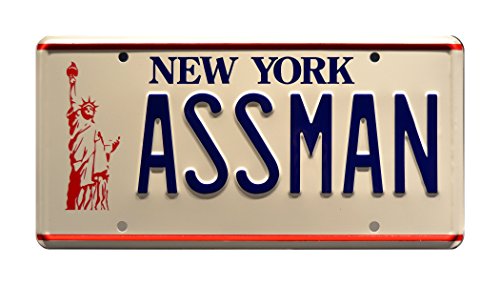 When Kramer gets mistakenly given the license plate ASSMAN, he fully lives up to the plates title and many funny antics ensue.

So a gift that any Seinfeld and Kramer fan would enjoy is this replica of the ASSMAN license plate.

As they can hang this up or display it around their home as both a cool talking point and a funny reminder of this great episode.

7. A Seinfeld Themed Board Game 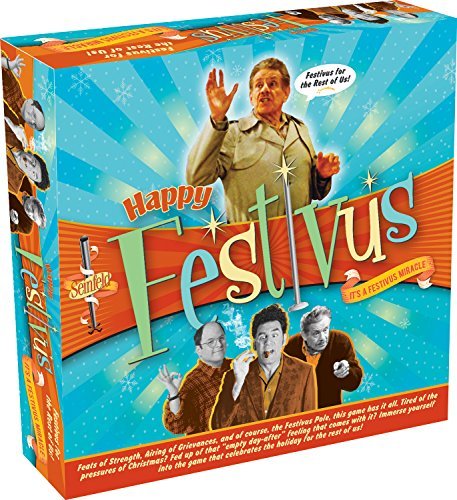 Click Here To View The Festivus Board Game On Amazon

Board games are always good gifts to give around the holiday season, as you have your family and friends all gathered together to play them with.

And the ideal board game gift for a Seinfeld fan would be one that is based around their favourite show, such as the Festivus board game.

8. A Lego Kit Of The Seinfeld Set To Construct 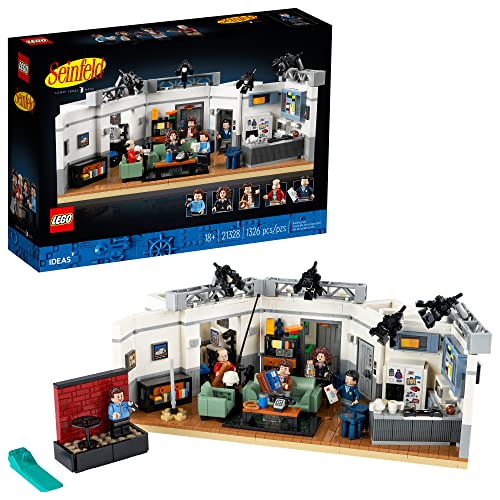 Lego sets can be fun gifts to give to people, as they are satisfying to build and can be put on display as a decorative item when finished.

So what better gift for a Lego loving Seinfeld fan than this Lego kit of the Seinfeld set.

As they can recreate Jerry's apartment plus his stand-up podium in Lego form, and also place figures of the main cast into them too.

9. A Jigsaw Of The Famous Kramer Portrait 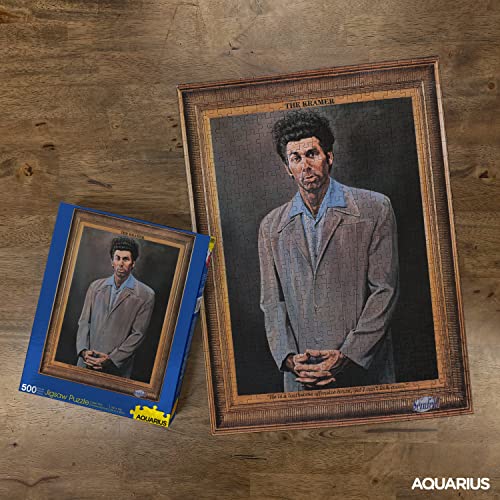 The episode where Jerry's new girlfriend Nina paints a portrait of Kramer is brilliant, especially the scenes where the two art critics are commenting on it and nailing Kramer to a tee!

So how about getting a Seinfeld fan a gift that features this famous painting, such as the Kramer painting jigsaw puzzle.

As this way they can put together their own version of this painting in a fun and fulfilling way. 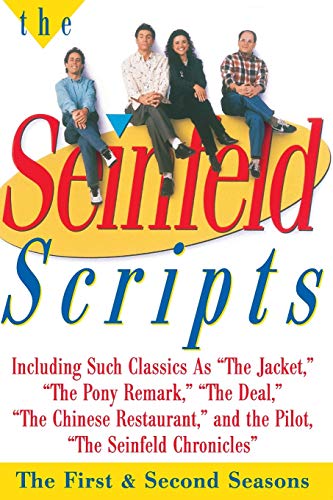 Click Here To View The Seinfeld Scripts: The First and Second Seasons On Amazon

A Seinfeld super fan will probably be able to recite some of the shows most famous episodes line for line.

So a great gift for someone like this would be to get them the Seinfeld Scripts: The First and Second Seasons book to read through.

As this way they can relive the early episodes of the show in script form, as this features the full scripts for the first 17 episodes of Seinfeld.

Giving them a chance to enjoy the show in a novel way and appreciate just how good the writing was.

11. An Inside Story Book On Seinfeld

Click Here To View Seinfeldia: How a Show About Nothing Changed Everything On Amazon

Another book that would work well as a gift for a Seinfeld fan is Seinfeldia: How a Show About Nothing Changed Everything.

As this is a book about how the show was created, how the characters were born, and all the stories behind it.

So it's a fascinating behind the scenes look at the show that will help a Seinfeld fan gain an even greater understanding and appreciation of it.

12. A Desk Mat To Help Them Work Towards Retirement

The Del Boca Vista retirement condominium complex in Florida that Jerry's parents live in on the show seems like a real paradise.

So a funny little gift to get for a Seinfeld fan that is working towards their own retirement is the Del Boca Vista desk mat.

As not only will this protect their desks and be somewhere to house their keyboard, it'll also remind them that the finish line is in sight! 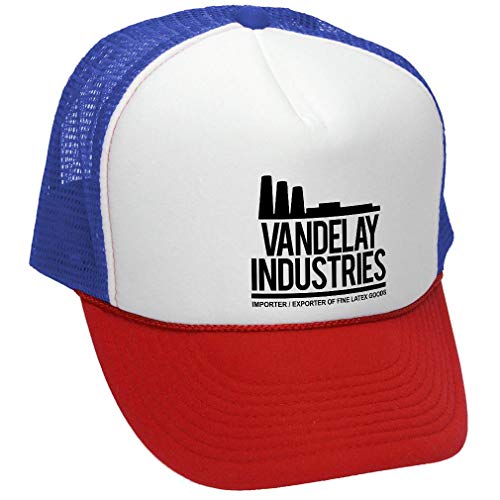 There are many Seinfeld themed caps available to get as a gift for a fan to wear while they are out and about.

With one example being the Vandelay Industries truckers cap above.

As with this cap they can represent the fictional import/export latex company that George pretended to interview for at the unemployment office so he could get an extension to his unemployment money.

14. A Piece Of Seinfeld Wall Art For Their Home

Any big fan of Seinfeld will probably enjoy having some mementos from the show hanging around their home as decoration.

So getting them a piece of Seinfeld themed wall art is a great gift idea, with many options available such as photographic prints, artistic canvases, famous quotes and moments from the show.

With one I personally like being the Kramer framed art print above, which epitomizes the trademark way that Kramer would enter a room.

15. Every Episode Of Seinfeld On DVD 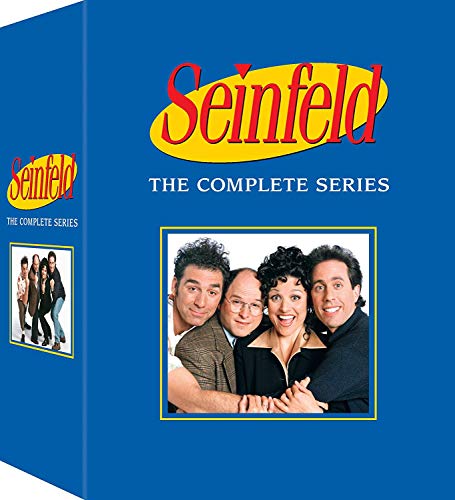 Click Here To View The Seinfeld: The Complete Series DVD Set On Amazon

While you can still find episodes of Seinfeld on streaming platforms, it may not be this way forever.

So a gift that any true Seinfeld fan will really appreciate is the Seinfeld: The Complete Series DVD set.

As this way they'll be able to watch and re-watch their favourite show over and over again whenever they want to.

16. Take Them For A Meal At The Seinfeld Diner

Many iconic scene's in Seinfeld happened when the gang were all together in Monk's cafe.

And while Monk's cafe was a fictional diner with the interior scenes shot on set in LA, the outside shots were taken from a real New York diner called Tom's restaurant.

So if you are in or around the New York area, it can be a really cool gift to take a Seinfeld fan for lunch there as they will instantly recognize it from their favourite show.

And although the interior won't look the same, there is plenty of Seinfeld memorabilia on the walls to remind them exactly where they are.

Seinfeld was one of the biggest sitcoms of it's time and remains much loved to the present day.

And if you know someone who loves the show, getting them a Seinfeld related gift will always be a popular choice for them.

So check out the gift ideas for Seinfeld fans that I've given you here for something suitable, as these are all gifts they would be happy with.